The Planning Commission is now considering feedback received during it's second stage of community consultation on a draft Area Plan for Central Palmerston which was to Friday 7 August 2020.

Stage Two consultation was an opportunity to build on the vision expressed by community in Stage One of consultation and to provide long-term guidance for land use and development in both residential and commercial land in Central Palmerston. The Palmerston community are being asked to have a say on planning for important land uses in Central Palmerston, including the three focus areas.

What are Area Plans?

Area Plans are land use and development policies within the Northern Territory Planning Scheme which guide the future use and development of land and provide a detailed framework for land use change. These plans contain planning principles and objectives to give the community, industry, and decision-makers confidence and understanding about potential land uses.

Area Plans are included in the NT Planning Scheme and must be considered by the Minister or the Development Consent Authority whenever a rezoning or development is proposed. Area Plans do not alter existing use rights and land can continue to be used in accordance with the current land use zone.

Area Plans do not automatically rezone land. If a landowner wants to develop in accordance with the Area Plan, the landowner must first rezone the land by applying to the Minister responsible for administering the Planning Act 1999.

Area Plans try to look as far ahead as possible but, in time, they may be reviewed to meet the future needs and aspirations of the community. Any change to an Area Plan is a Planning Scheme Amendment and must follow the process set out in the Planning Act 1999, including public exhibition. 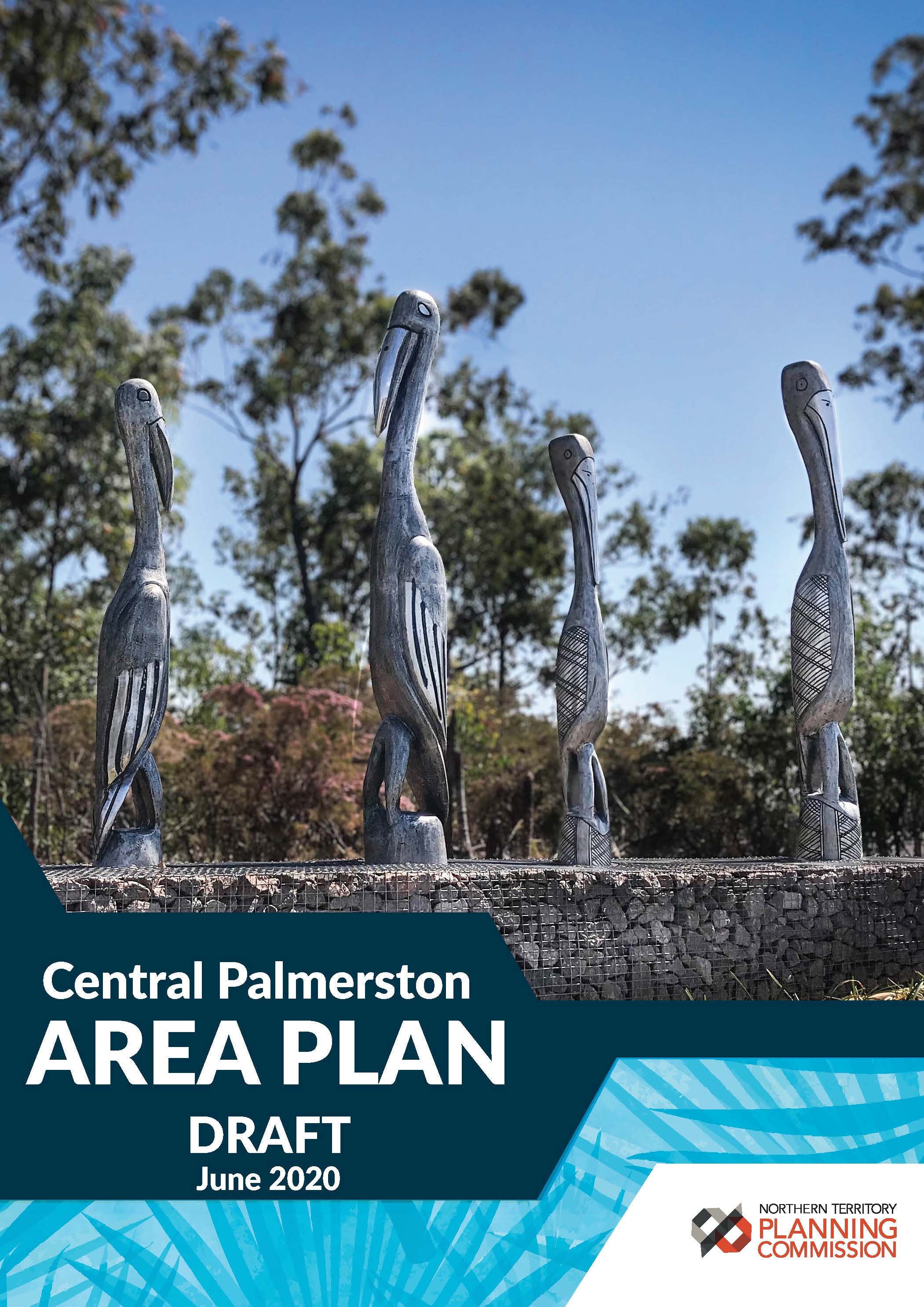 Palmerston is now the fastest growing city in the Northern Territory, and quickly becoming established as a family-focused, dynamic and multicultural regional hub.

The NT Planning Commission has prepared the draft Central Palmerston Area Plan PDF (23.0 MB) as a framework to guide growth and development in this area over the next 50 years.

The draft Central Palmerston Area Plan builds on the overarching direction provided by the Darwin Regional Land Use Plan 2015.

The draft Area Plan is supported by a draft Needs Assessment document PDF (8.3 MB), which is informed by studies that were undertaken during Stage One.

The Central Palmerston Area Plan is being developed over three stages.

Stage One occurred from 22 July 2019 through to 30 August 2019 and included the release of a discussion paper and community consultation.

Stage Three is the final stage of the project. The Planning Commission will finalise and recommend the Area Plan and associated documents to the Minister for Infrastructure, Planning and Logistics for public exhibition as a proposed amendment to the Northern Territory Planning Scheme.

These documents are located on external websites. They will open in a new window.